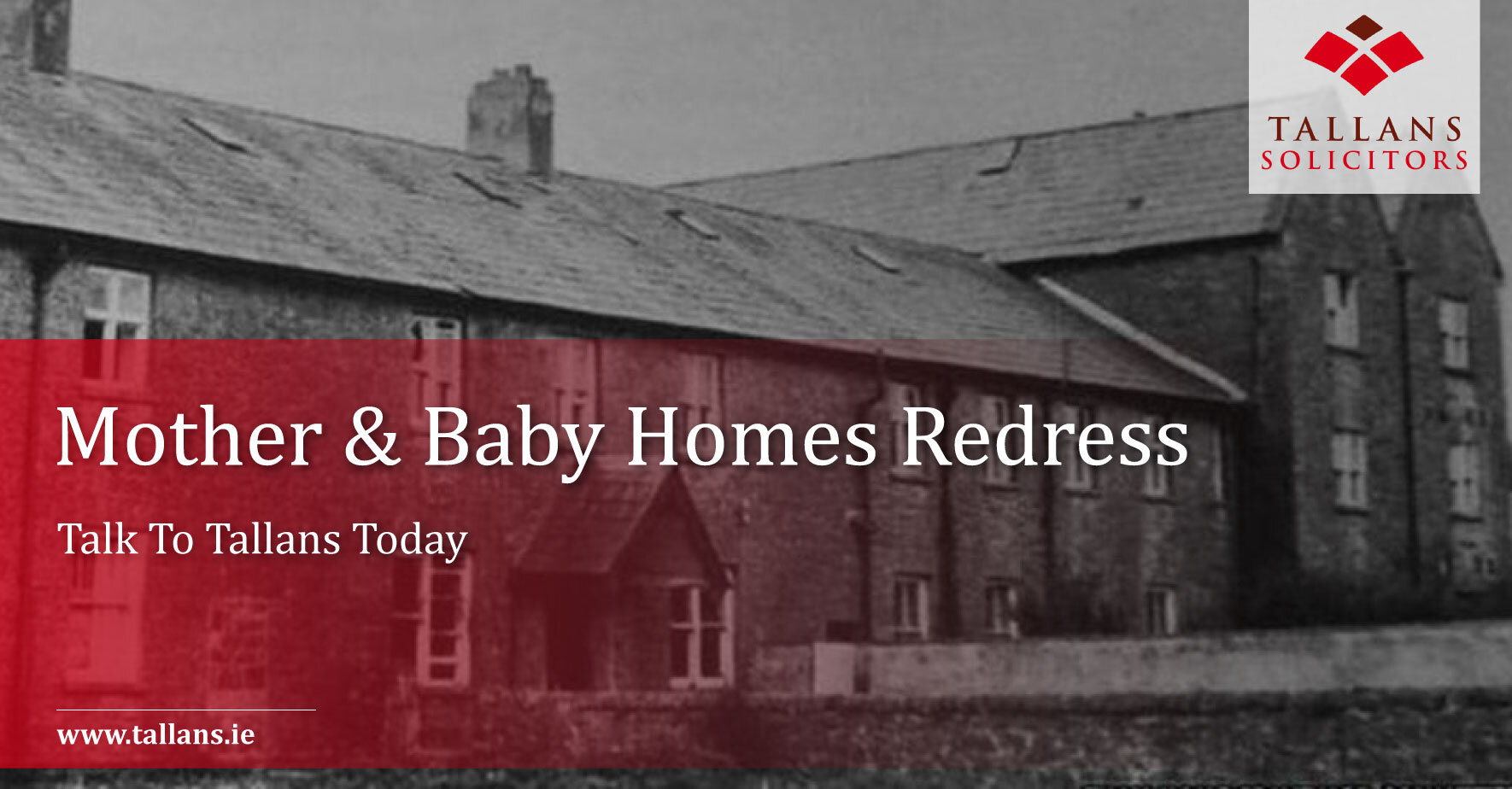 Speak directly to one of our partners today. Call us on:

Tallans Solicitors have comprehensively reviewed the recommendations in the Mother and Baby Commission Report.  The following is Tallans analysis of same.

The glaring omission from the Report is the fact that there are no recommendations for redress for any children born in a Mother and Baby Home regardless of their treatment.  In particular this includes boarded out children who were never adopted.  We have discussed what was recommended in relation to the boarded out children below.

While Irish Times has claimed in some of its articles that the babies are included for redress, there is no redress for the children born in these homes regardless of how long they spent in the home before being adopted or whether they were in the home after their birth mother had left or whether they suffered mistreatment at the hands of families they were boarded out to.

It is not clear from the report the basis for not recommending redress for these children.  It may be the case that the children were adopted prior to mother’s leaving the home or the babies didn’t stay long in the Home prior to being adopted.

The plight of boarded out children was well documented on Prime Time and also in the RTE article which you can view here.

THE LIKELY COST OF REDRESS

That has yet to be decided by the Government but the Commission in its report recommended that the groups should be eligible for a redress scheme similar to that of the Magdalene Scheme.  The Magdalene Scheme provided for a general payment and a work payment both of which were related to the length of time a person spent in an institution.

So for example if you were there:

We don’t know how the payments will be calculated for this scheme so we will have to await sight of the legislation when it is passed.  In terms of statistics approximately 50,000 women passed through those homes within timeframe, taking into account the death rate, the proposed exclusion of Mothers post 1973, the total number of women eligible for redress could be in the region of 15,000.

As these Mother & Baby Homes existed from 1922 to 1998 many of the women who were residents as mothers would be quite elderly.  In those circumstances it is imperative that these women receive redress in their lifetime.

ILLEGAL ADOPTIONS AND ADOPTIONS THAT WERE NOT VETTED

With regard to illegal adoptions Tallans have a comprehensive blog on this topic on our website.  In relation to adoptions that were not properly vetted, we have been contacted by a number of people who were placed for adoption with unsuitable families and who thereafter suffered physical and mental abuse at the hands of their adoptive parents.  While we have to look into the particular cases further and obtain their records it may be that the Mother and Baby Homes involved in these adoptions along with State Bodies, did not correctly vet the potential adoptive parents to ensure the safety and welfare of the child to be adopted.  We have however, to be cognisant that the standards applied to adoptions today cannot be applied retrospectively.  These cases fall outside the remit of the proposed Redress Scheme.  These would have to be litigated through the Courts.

In relation to Boarded Out Children, who essentially were foster children they often suffered neglect, sexual abuse and physical abuse.  In many cases these children were treated as slave labour by the foster families who took them in.  Rather than being concerned about these children’s welfare many of the families saw them as a source of income only as they were paid by the state to foster them.  The commission has not recommended redress for boarded out children in this regard but only compensation for not having the same threshold for inheritance tax applied to them as biological or adopted children.  This in our view leaves a major lacuna in the categories for redress.

The Commission only looked at four County homes – the County Clare Nursery Kilrush, the Cork County, Thomastown County Home and Stranorlar County Home.  Historically there was generally one county home per county.  The report lists 30 county homes in total.  Therefore a large number of women who were residents of approx.  26 other homes which did not form part of the remit of the Commission.  As it stands women from those other county homes are not recommended for redress.  However the Government has indicted that there is an intentions to take a broad look at the eligibility criteria for redress.

In relation to forced adoptions evidence was given to the Commission that many women gave their consent for adoption under a form of duress.  Some girls would have been under the age of 18, therefore they would not legally have been able to give their consent.  There is an argument to say that the prevailing culture of fear and control of the time, meant that there was a question mark over the consents of any residents of these homes.  We are aware of women who did not give their consent and indeed fled these homes only to be returned by the Gardai.  Many young women were illiterate and unaware of what they were signing.  Others described themselves as being terrified, alone and with no emotional support.  In relation to the Forced Adoptions again these cases fall outside the remit of the proposed Redress Scheme and would have to be litigated separately through the Courts.

There were also organisations that placed girls in private houses rather than the Mother and Baby Homes and while to a large extent their experience was a more positive one there have been incidence of abuse in these situations also.  We would refer you to an article in the Irish Times of the 6th February by Rosita Boland in relation to this matter.

RESIDENTS THAT ENTERED THE HOMES AFTER 1973

Residents who were in the home after 1974 when the unmarried mothers allowance was brought in in Ireland by the Junior Social Welfare Minister Frank Cluskey were excluded from redress under the report.  However, it would have taken a period of time for this legislation to have had an effect society wide.  If women in the homes did not apply, know to apply or were not given permission /access to apply for it, it is discriminatory that they would be excluded from redress.  Again, literacy and education would have impacted on these women’s ability to apply for this allowance.  In 1973 only 1,633 mothers received the allowance, increasing to 1,864 in 1975.

A recurring theme is lack of access to information.  Some women/adult children are unaware as to where to start to look for their records.  Tusla’s website lists the places that one should apply to, many women contacting us are either unaware of this or are unsure how to apply.  We are assisting clients in this regard but we are aware that there is a long delay in obtaining records.  This delay is compounding the hurt and pain that was inflicted on these women/adult children by their experiences in these institutions.  We are of the view that it is imperative that this addressed at Government level.  Adoptive children in particular have difficulty obtaining their original birth certificates due to the competing rights between the adoptive child to the information and the right of privacy of the birth mother.  The attorney General Paul Gallagher is of view legislation can be drafted based on European data Law, GDPR to address this issue.

You will see from the foregoing that there are a number of categories of people who will not be entitled to redress if the Government follows the recommendations of the Commission.  These people will only have recourse through the Courts to seek vindication and/or compensation in relation to the trauma and pain that they experienced in these institutions.

It seems to us discriminatory to exclude these people and therefore the Government needs to seriously consider expanding categories to be included in redress far beyond that as recommended by the Commission.  Government also needs to be awake to the fact that many of the women who are entitled to redress under the recommendations of the Commission are elderly, so the establishment of a redress board should be undertaken expeditiously.

We have offices in Drogheda, Ashbourne and Dublin and we can arrange consultations in any of those offices. We are also doing video consultations by Zoom and WhatsApp as well as traditional calls.

When you call, you will get to speak to one of our partners directly. Our partners Sheila, Deirdre, Orla, and Brenda are all highly experienced in the areas of redress schemes and compensation. 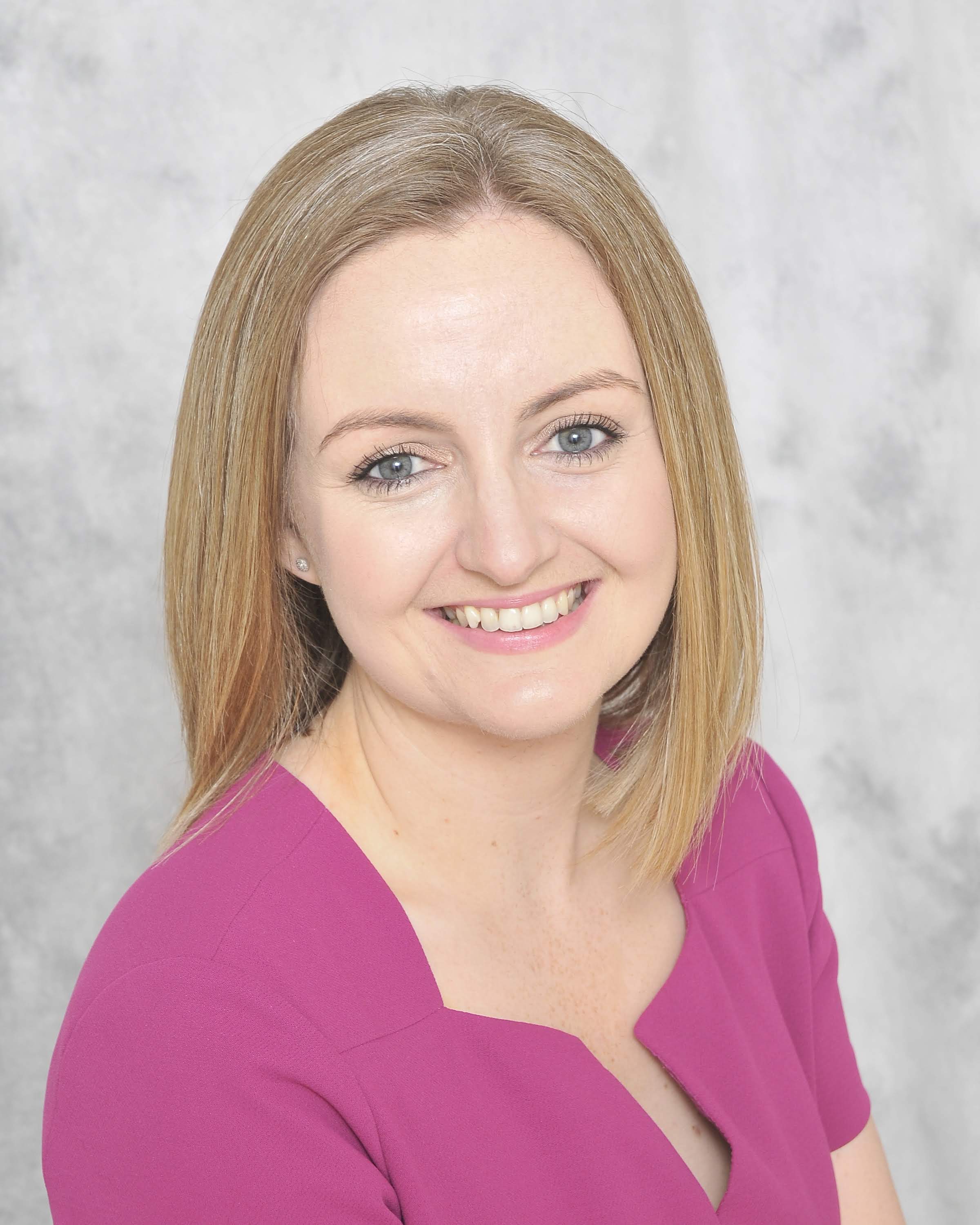 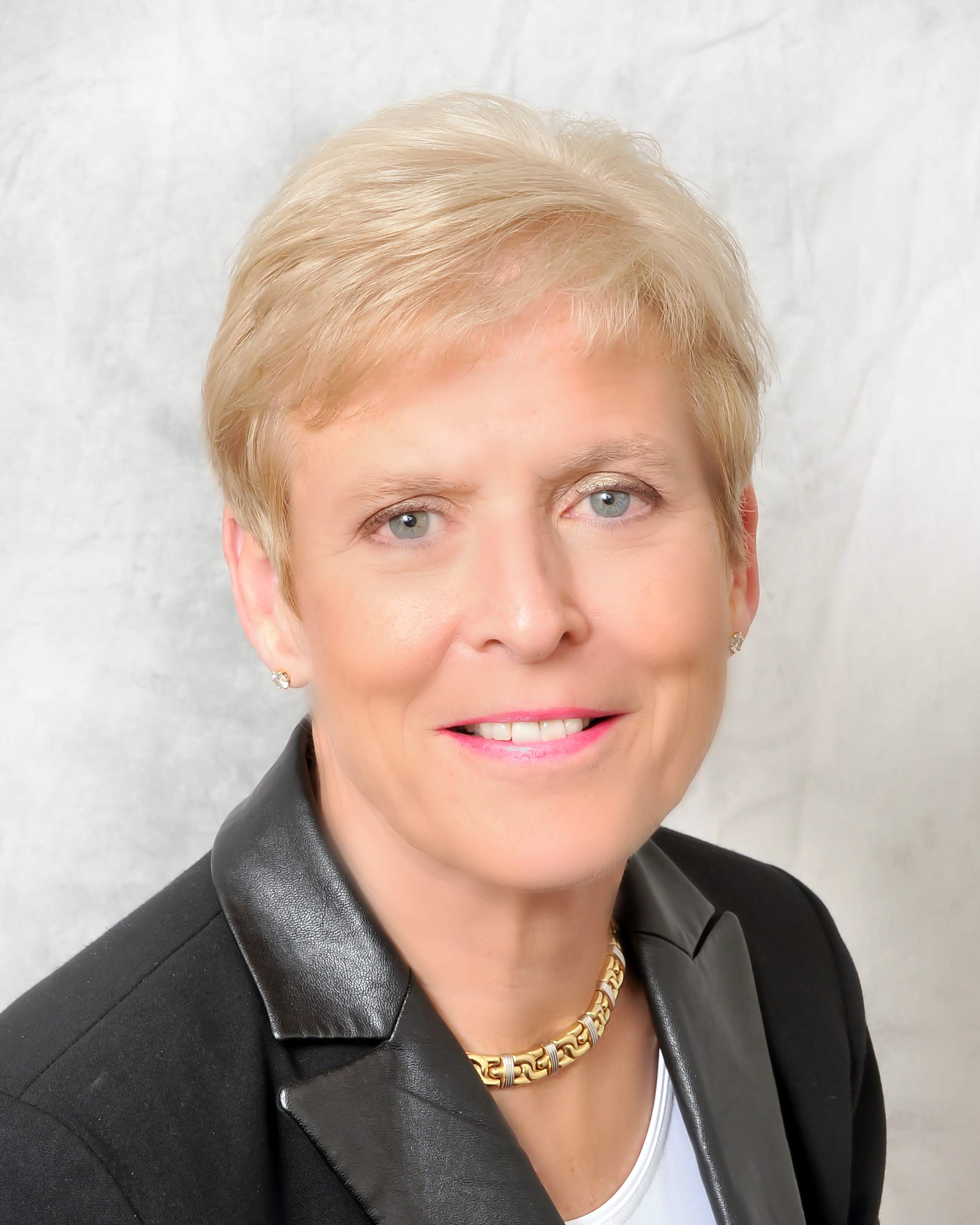 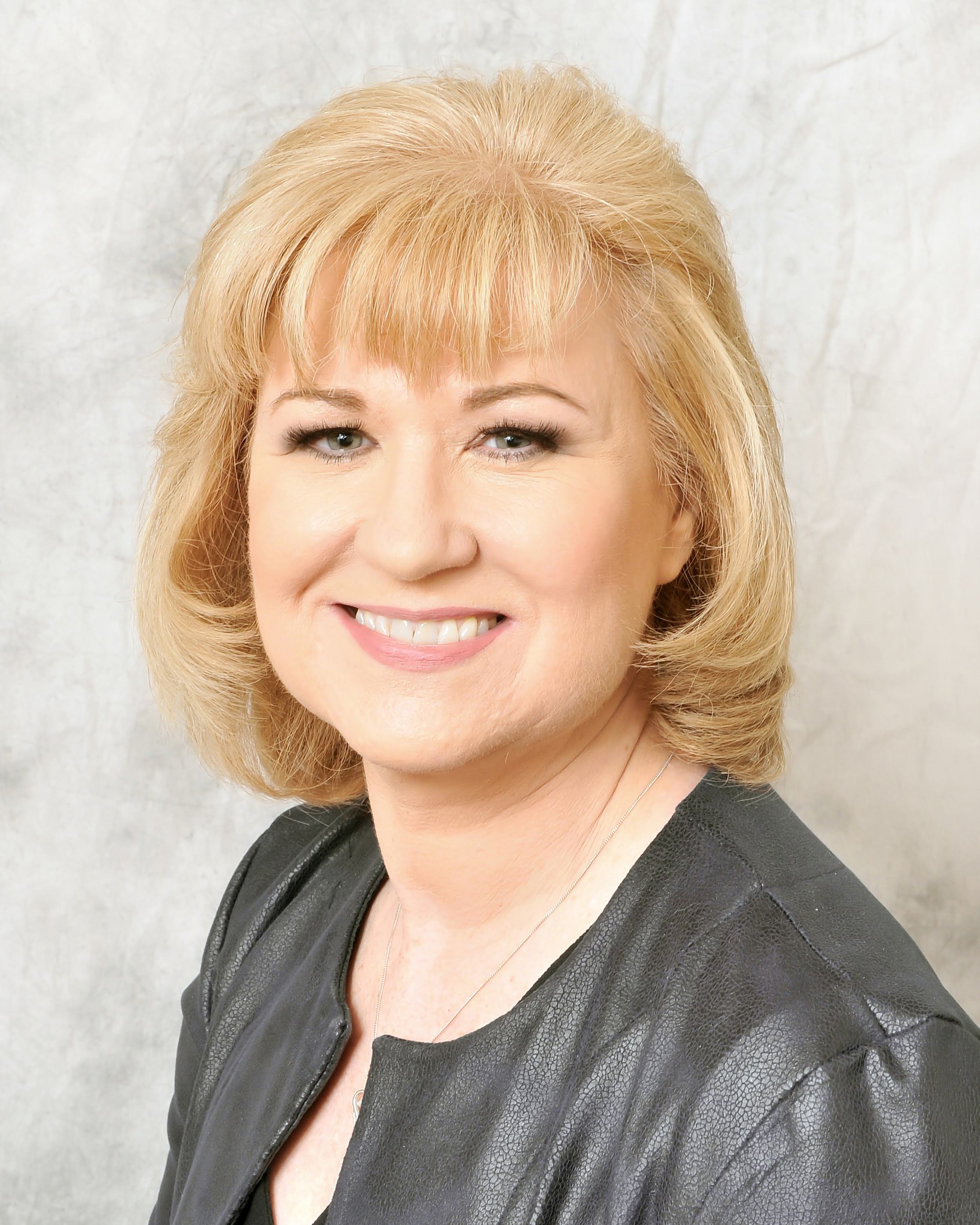 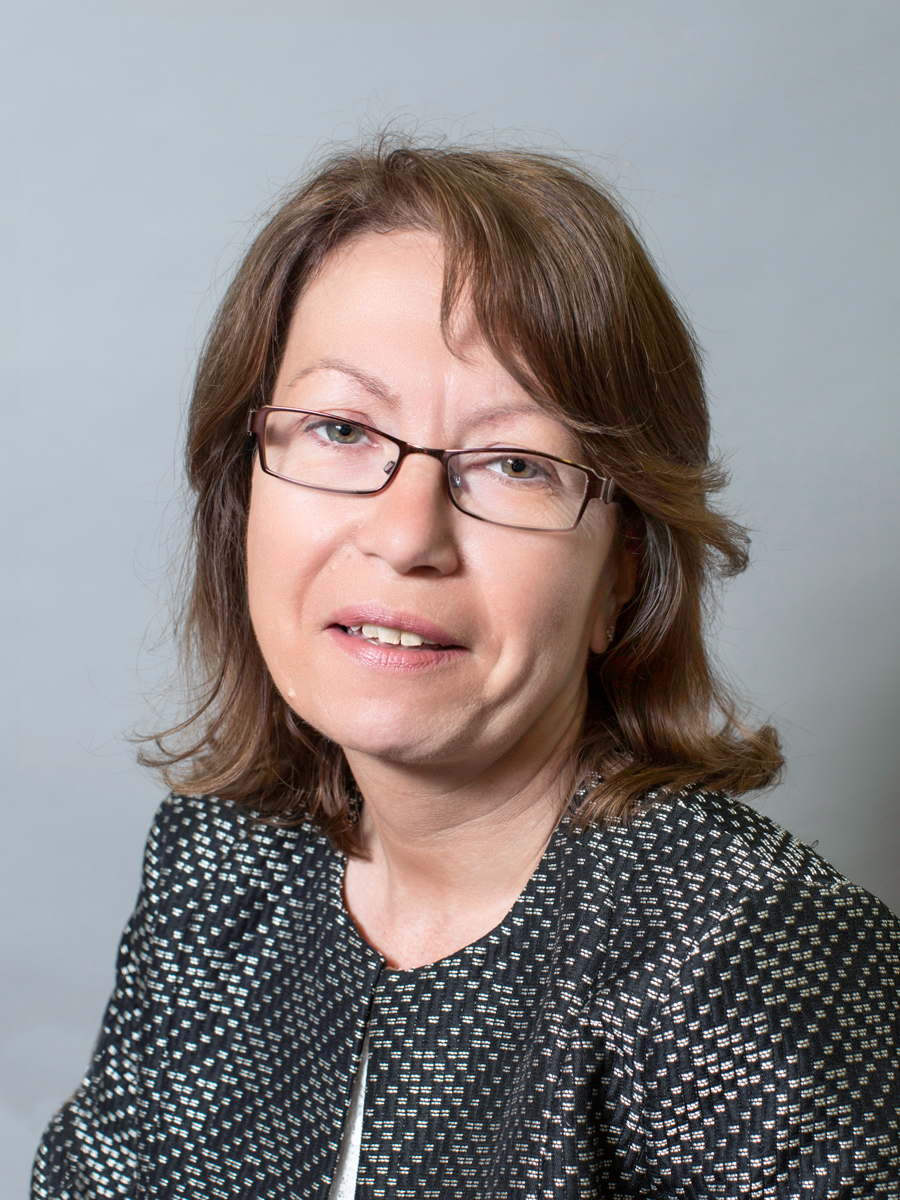 When you call, you will get to speak to one of our partners directly. Our partners Sheila, Deirdre, Orla, and Brenda are all highly experienced in the areas of redress schemes and compensation.

Call us to discuss your queries in the strictest of confidence.

Maintenance Payments After A Divorce 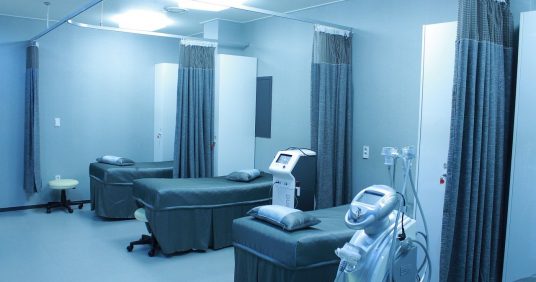 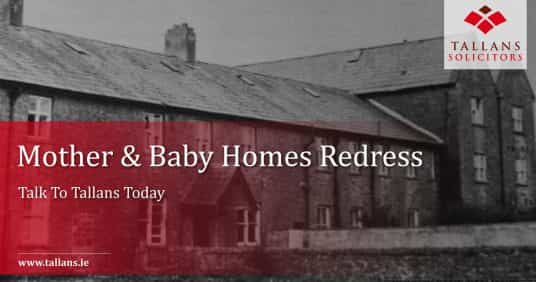